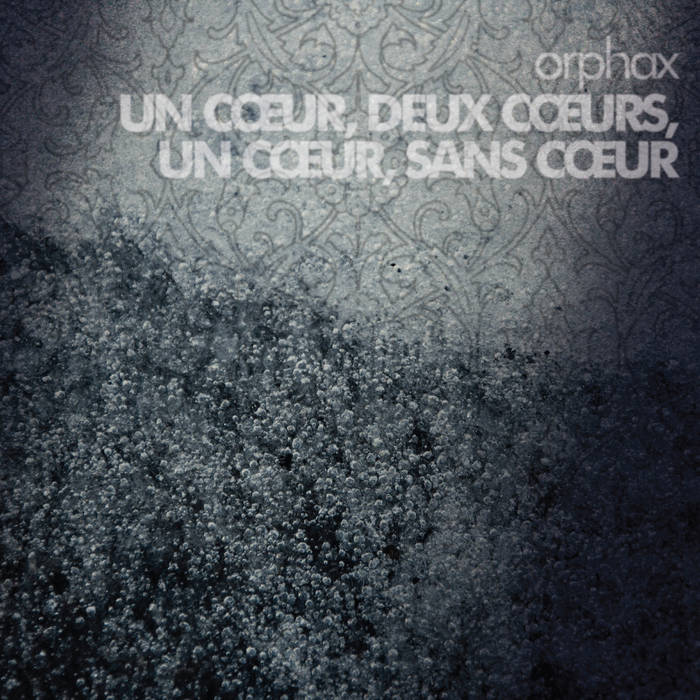 Orphax is the recording name of Sietse van Erve, a solo minimal drone musician based in Amsterdam. Sietse has been creating his experimental sound since 1998 and has run the Moving Furniture Records label since 2008. Not to be confused with techno duo Orphx, Van Erve’s music is of an altogether calmer nature, but his output is nonetheless challenging and energising in equal measure.

His Broken20 debut takes the form of two long-form drone pieces processed in his beloved Audiomulch modular software, ‘Un Couer, Deux Couer’ and ‘Un Couer, Sans Couer’. The opening track, recorded live at OCCII in Amsterdam, draws the listener in with gentle chords that could be from guitar, organ or sampled machinery, slowly pulsing and calling to mind the likes of minimalist forebears Charlemagne Palestine and Terry Riley. High-pitched waves enter, the first suggestions of feedback; they’re joined by lobby bells that
build to a cacophony, rattling inside the ears with life and urgency.
Feedback and volume build on ever-increasing layers in spiritual cleansing as dissonant chords jar in adjoining sections and then dominate, until the bells and higher feedback tones return, calming gradually to a single held note and then silence. At the piece’s end, one is struck by the vast change that has occurred throughout its nineteen minutes. ‘Un Couer, Deux Couers’ is glacial, its movement undetectable in the short term but, viewed from a wider perspective, dynamic and sprawling.

‘Un Couer, Sans Couer’ is the longer piece, the fully improvised track beginning with a slow single note crescendo that suddenly plays with tuning to subvert the expectations the listener has independently accrued in its first three minutes. Glitched and picked guitar notes hint towards van Erve’s love of avant garde folk music, before top range drifts and slow-moving phases provide texture. Shades of juxtaposed semitonal tension and a piercing violin-like tone ramp up the strain before the waves break into shards of guitar and soothing low tones. Ligetian dissonance rejoins the fray and hyper-pitched howls close matters.
This second track frequently harks back to that single held note; it thus evokes a different topography, perhaps of a strange archipelago whose islands are traversed one by one, returning each time to a central port before branching out again until the final journey leads ever outwards.

Although his music is kindred to Broken20 founder Erslaub’s drone incantations, one gets the impression that where Erstlaub’s music looks to the stars and beyond, Orphax’s work is rooted in the good earth. It possesses a grounded, human aspect that still displays the honesty, truth and pathos captured in the best beatless music. As such it’s another bold and direct statement from Broken20, encapsulating the thought-provoking, ambitious outlook the label has exhibited since its inception.